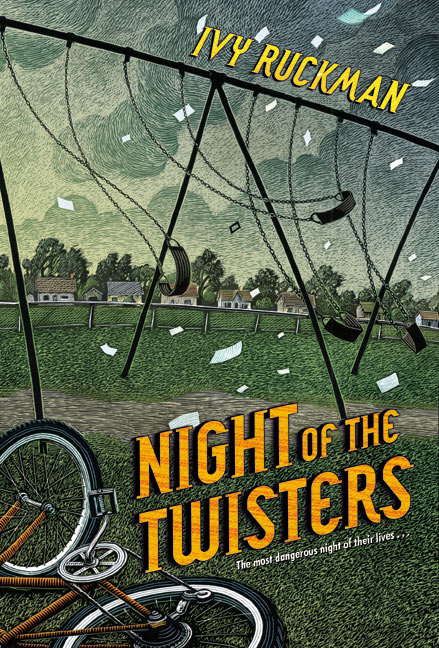 Night of the Twisters

Night of the Twisters

Storm Chasers meets Stranger Things! An action-packed coming-of-age story of both natural disaster and the bravery it takes to face it.

When a tornado watch is issued one Tuesday evening in June, twelve-year-old Dan Hatch and his best friend, Arthur, don't think much of it. After all, tornado warnings are a way of life during the summer in Grand Island, Nebraska.

But soon enough, the wind begins to howl, and the lights and telephone stop working. Then the emergency siren starts to wail. Dan, his baby brother, and Arthur have only seconds to get to the basement before the monstrous twister is on top of them.

Little do they know that even if they do survive the storm, their ordeal will have only just begun...