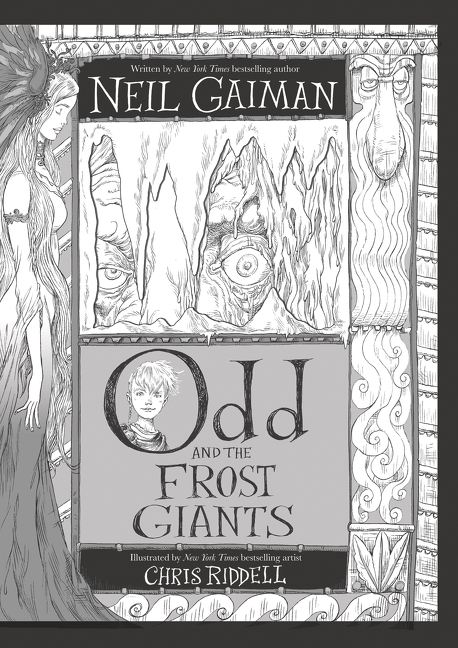 Odd and the Frost Giants

Odd and the Frost Giants

A beautifully illustrated edition of the thrilling, wintry Nordic tale by Neil Gaiman and Chris Riddell, who together weave a truly magical story of legend and adventure that will grip and enchant readers from beginning to end.

Odd, a young Viking boy, is left fatherless following a raid. In his icy, ancient world there is no mercy for an unlucky soul with a crushed foot and no one to protect him. Fleeing to the woods, Odd stumbles upon and releases a trapped bear…and then Odd's destiny begins to change.

The eagle, bear, and fox Odd encounters are Norse gods, trapped in animal form by the evil frost giant who has conquered Asgard, the city of the gods. Now our hero must reclaim Thor's hammer, outwit the frost giants and release the gods…

First published in 2009, Odd and the Frost Giants has been reimagined by acclaimed artist Chris Riddell in the style of his epic black-and-white artwork from New York Times bestselling The Sleeper and the Spindle, enhanced here with metallic silver ink.