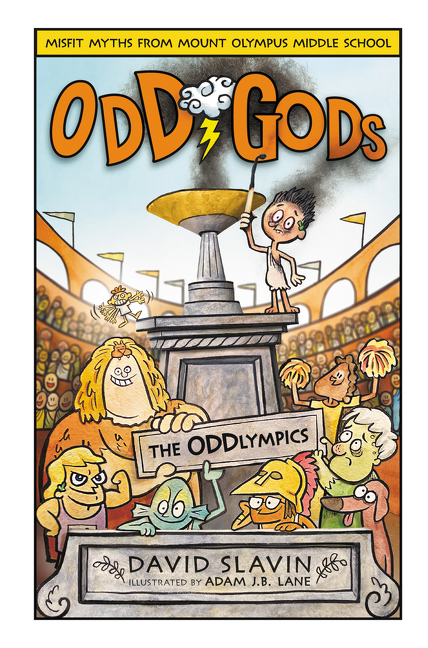 Diary of a Wimpy Kid meets Percy Jackson in Odd Gods, the critically acclaimed and hilarious illustrated middle grade series about the oddest Greek gods you’ve never heard about before.

It’s bad enough that the Greek Odds have to compete against their Roman twins, but when Zeus and his Roman counterpart, Jupiter, get a little too involved, the Greek and Roman kids end up in a competition over who gets to run the WHOLE mountain.

Will the Greek Gods and Odds find a way to work together to defeat the Romans, or will they have to leave their hilltop home…forever?

Get ready to overcome the odds in the third hilarious book about the Odd Gods from author David Slavin, filled with dozens of black-and-white illustrations by award-winning artist Adam Lane.