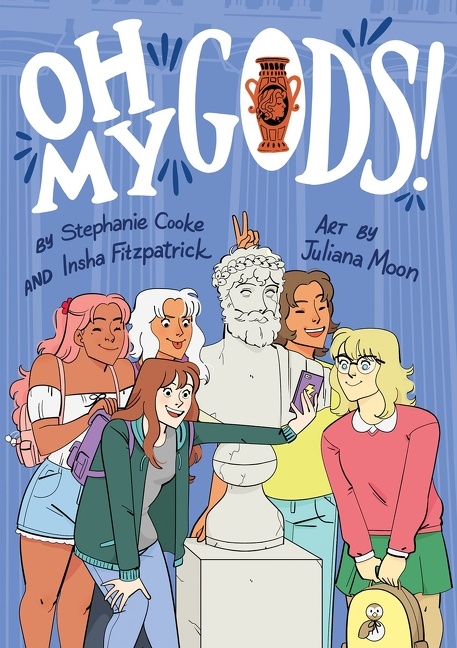 Oh My Gods!, the first in a new middle grade graphic novel series, reads as if Raina Telgemeier and Rick Riordan teamed up to write a comic, and offers a fresh and funny spin on Greek mythology. When an average girl moves to Mt. Olympus, she discovers her new classmates are gods and mythological creatures are actually real—as if junior high isn't hard enough!

Karen is just an average thirteen-year-old from New Jersey who loves to play video games with her friends and watch movies with her mom. But when she moves to Greece to live with her eccentric, mysterious father, Zed, suddenly everything she thought about herself—about life—is up in the air.

Starting a new school can be difficult, but starting school at Mt. Olympus Junior High, where students are gods and goddesses, just might take the cake. Especially when fellow classmates start getting turned to stone. Greek mythology . . . a little less myth, a little more eek! And if Karen’s classmates are immortal beings, who does that make her?