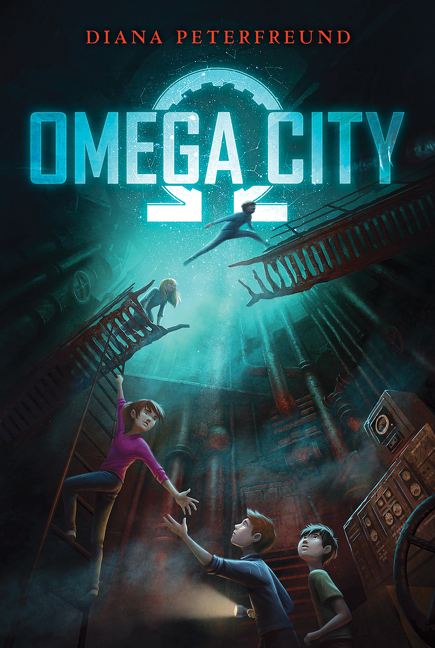 The first middle grade novel in an exciting new series from acclaimed author Diana Peterfreund, perfect for fans of The Goonies and City of Ember.

Gillian Seagret doesn’t listen to people who say her father’s a crackpot. His conspiracy theories about the lost technology of Cold War-era rocket scientist Dr. Aloysius Underberg may have cost him his job and forced them to move to a cottage in the sticks, but Gillian knows he’s right and plans to prove it.

When she discovers a missing page from Dr. Underberg’s diary in her father’s office, she thinks she’s found a big piece of the puzzle—a space-themed riddle promising to lead to Underberg’s greatest invention. Enlisting the help of her brother, Eric, her best friend, Savannah, and Howard, their NASA-obsessed schoolmate, Gillian sets off into the ruins of a vast doomsday bunker deep within the earth.

But they aren’t alone inside its dark and flooded halls. Now Gillian and her friends must race to explore Omega City and find the answers they need. For while Gillian wants to save her dad’s reputation by bringing Dr. Underberg’s secrets to light, others will stop at nothing to make sure they stay buried . . . forever.