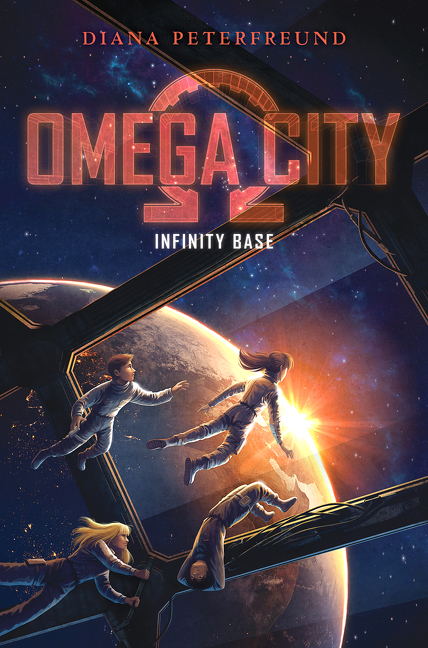 Perfect for budding scientists and history buffs, as well as fans of The Goonies and Rick Riordan, Infinity Base is the thrilling finale to the Omega City series, from acclaimed author Diana Peterfreund.

Gillian Seagret thought she knew everything about the secrets of Omega City, the mysteries of the rocket scientist Dr. Underberg, and the evil conspiracies of the organization called the Shepherds. But she’s about to learn that uncovering the truth is the easy part. You also have to fight for it.

Now Gillian’s father has been taken captive, and she and her friends are trapped in the Shepherds’ hidden base. The only person who can help them is a rogue Shepherd, but she has plans of her own, and no one—least of all Gillian’s mother—is sure they can trust her.

New clues to Underberg’s past lead them back into an utterly transformed Omega City and farther than they even imagined, into outer space. There, Gillian, Eric, Savannah, and Howard discover the Shepherds’ most precious secret, and they realize there’s more at stake than simply their family and Underberg’s legacy—they also have to save the world.

Full of thrilling adventure, cliffhangers, and conspiracies, this epic conclusion to the Omega City series is not to be missed.