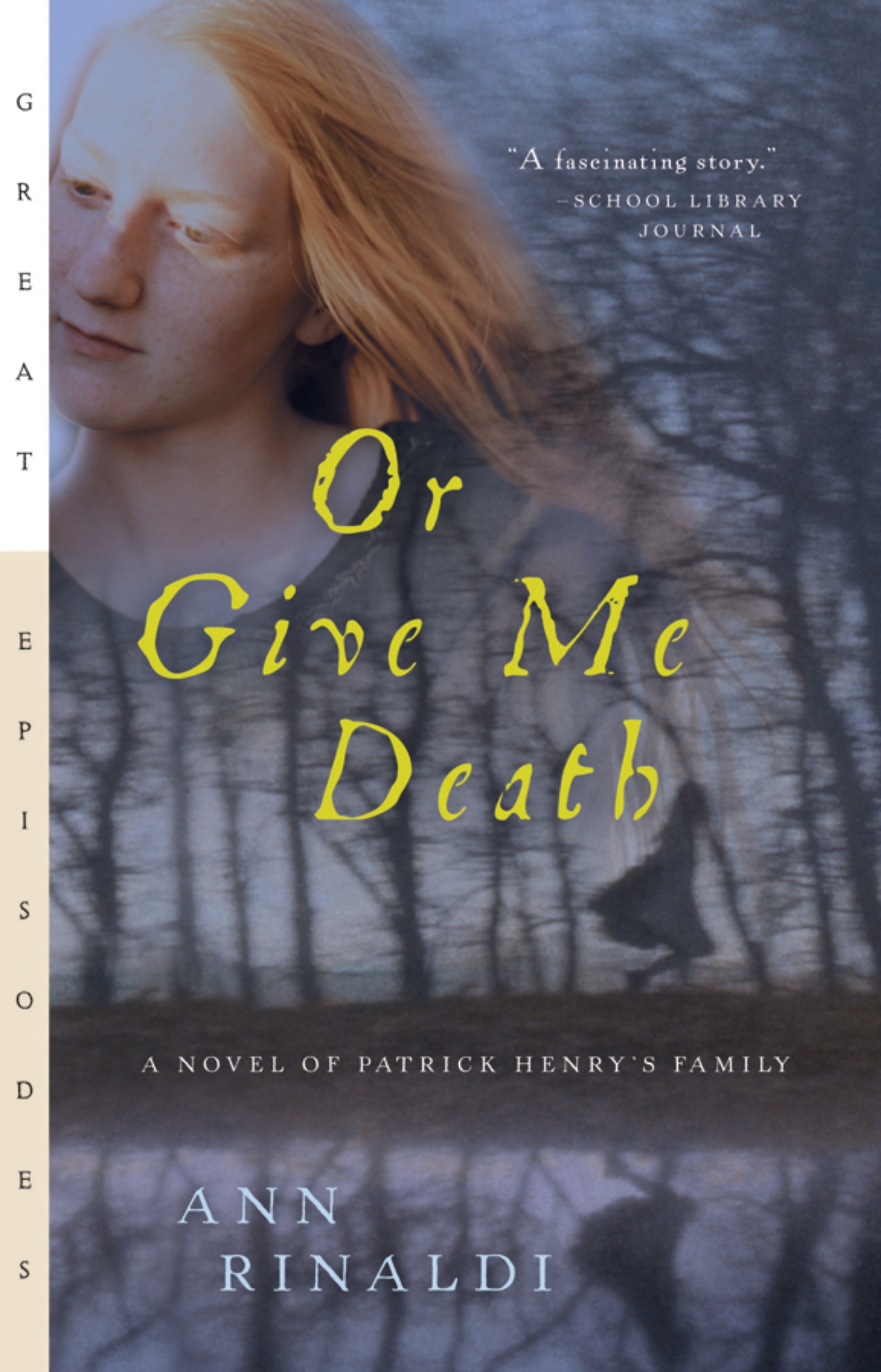 Or Give Me Death

Or Give Me Death

Sarah Henry, wife of the famous statesman Patrick Henry, is losing her mind, and she's secretly being kept in the cellar because she is a danger to herself and her children. Daughter Anne has a secret, too. She knows which child will inherit Sarah's madness, and she'll pay any price to protect her siblings from this information.
With insight and compassion, Ann Rinaldi explores the possibility that Patrick Henry's immortal cry of "Give me liberty, or give me death," which roused a nation to arms, was first spoken by his wife, Sarah, as she pleaded to be released from her confinement. Told from the point of view of Patrick Henry's children, Or Give Me Death eloquently depicts the secret life and tremendous burdens borne by one famous American.