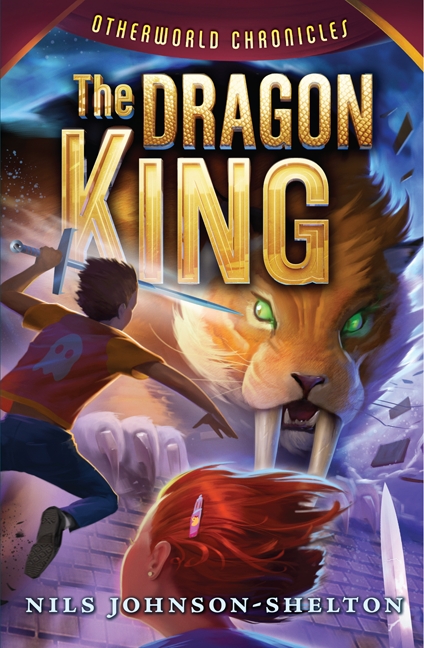 The exhilarating final book in the Otherworld Chronicles trilogy, which School Library Journal called "a surefire hit with the legions of Rick Riordan fans."

Artie Kingfisher, his sister, Kay, and the New Knights of the Round Table have finally reached the legendary isle of Avalon. But before Artie can take his place as King Arthur reborn, he must recover nothing less than the mythical Holy Grail. And as the greatest battle of his life looms, Artie finds himself facing off against the one person he never dreamed he'd be fighting.

In The Dragon King, Artie's life-changing quest comes to a spectacular close as the young king discovers what it truly means to be a hero. Rich in mythology and bursting with twenty-first-century fun, this high-spirited spin on Arthurian legend is perfect for middle grade fans of Percy Jackson, the Alex Rider Chronicles, and House of Secrets.