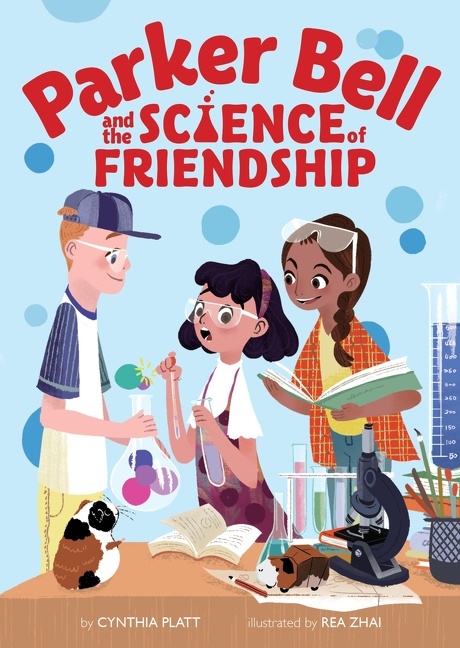 Parker Bell And The Science Of Friendship

Parker Bell And The Science Of Friendship

In this fun young-middle-grade novel with STEM appeal, Parker really wants to win the school Science Triathlon—but first she’ll have to figure out how to keep her BFF from being stolen.

Budding scientist Parker Bell really wants to win the school Science Triathlon and follow in the footsteps of her idols, chimpanzee expert Jane Goodall and astronaut Mae Jemison. She’s sure that if she teams up with her trivia whiz BFF, Cassie, they will dominate the Science Bee, Egg Drop, and Animal Adaptation Presentation. When Cassie invites her new friend, Theo, to join their team, Parker is worried—that Theo won't help them win and might steal her best friend. As the three work together, Parker learns that you don’t have to be the best to be a real scientist and a good friend.