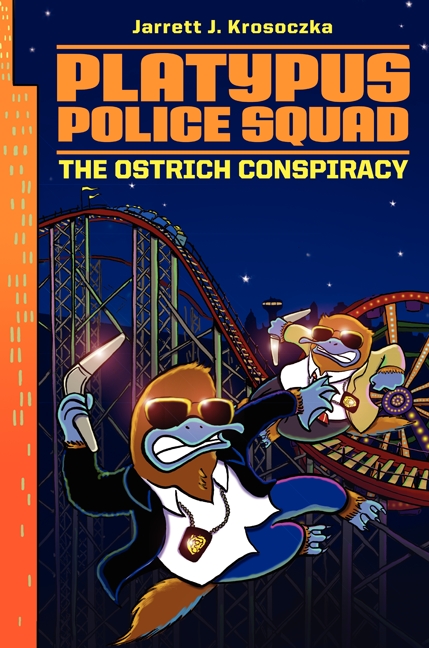 Jarrett J. Krosoczka is back with The Ostrich Conspiracy, the second installment in a fast-paced, action-packed, and hilarious middle-grade series featuring two platypus detectives, perfect for fans of Diary of a Wimpy Kid, Big Nate, and Lunch Lady.

The opening of the Kalamazoo City Dome—the world's largest indoor amusement complex—has everyone in the city buzzing, especially because it's going to be the shooting site for Chase Mercy's new blockbuster film. But that's when things start to go haywire. Who would want to sabotage the Dome, and why? Detectives Rick Zengo and Corey O'Malley are on the case!