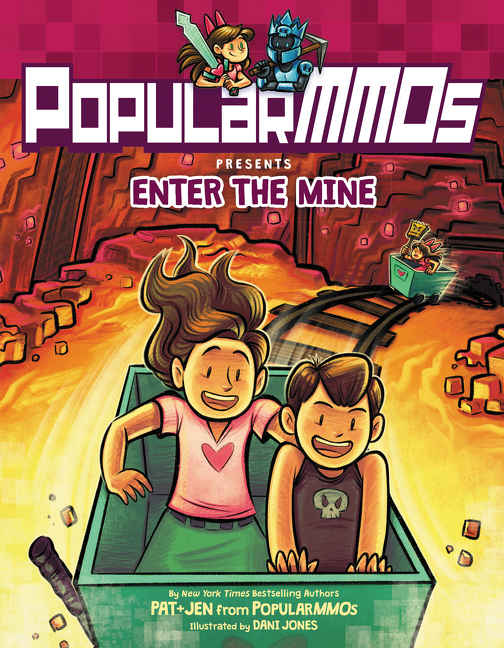 PopularMMOs Presents Enter the Mine

PopularMMOs Presents Enter the Mine

New York Times bestselling authors and YouTube sensations Pat and Jen from the Minecraft-inspired channel PopularMMOs fall into a “hole” new world of adventure in their exhilarating second graphic novel.

Fans of DanTDM: Trayaurus and the Enchanted Crystal and Minecraft: The Crash will love the second graphic novel from PopularMMOs, full of hilarious jokes, thrilling action, and all of your favorite characters in an exciting new setting.

After Pat and Jen saved Bomby, their cat Cloud, and one hundred friendly zombies from the clutches of Evil Jen and brought them home from the underworld, they thought their adventuring days were over.

But ever since their return, more mysterious new holes have started appearing—and more and more of their friends have started disappearing! After Jen stumbles into one and Pat rushes after her, they find themselves trapped in a dark, dank boomium mine.

Now Pat and Jen need to free their friends, figure out who’s behind this evil plot, and find a way to get back home—before it’s too late.

In this sequel to their New York Times bestselling graphic novel, go on a brand-new adventure with PopularMMOs, one of the most popular YouTubers in the world with over 19 million subscribers and 12 billion views!