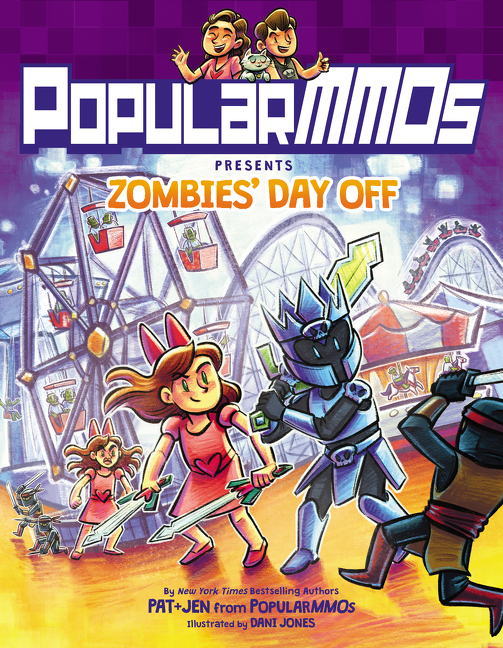 Pat and Jen are heroes! After defeating Evil Jen and closing all the portals to the underworld, they have nothing to worry about, no villains to defeat, and no adventures to go on. Awesome, right? Until a mysterious voice tells Jen that she has to go to the underworld to uncover a secret about her past. It is a quest she can only undertake alone.

With Jen off to find out the truth and Pat desperate to find Jen, the heroes almost don’t notice that a sinister plot is afoot. There’s a new villain in town, and his team of ninja sailors are determined to take over the underworld and the real world.

To defeat him, Pat and Jen might just have to do the unthinkable—team up with Evil Jen! But can Pat and Jen find each other and find a way to work with their nemesis to stop this sinister plot before it’s too late?

Join the adventure in the third book of the New York Times bestselling graphic novel series from PopularMMOs, one of the most popular YouTubers in the world, with over 22 million subscribers and 14 billion views!