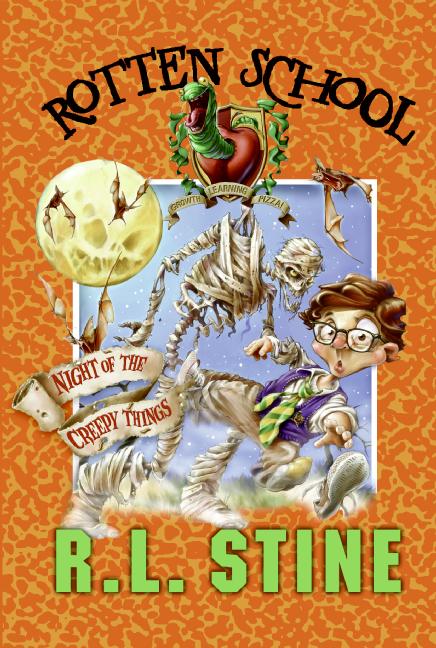 Why are the Rotten School kids screaming in terror?

Maybe it's because everyone on campus is making a horror movie!

Bernie Bridges wants to make the most terrifying film of all. If he does, he'll win a part in the famous director B.A. Gool's next film: EEK III: Revenge of the Warts.

Bernie thinks he's got some great creepy ideas. But he's better watch out on Halloween night—it's going to be a real scream!