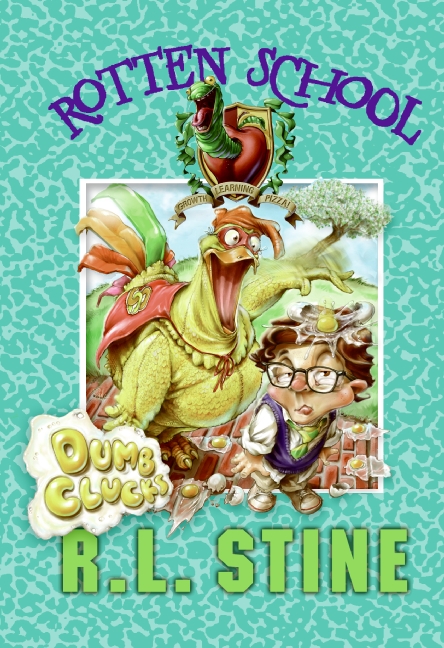 Just how stupid is Stupid Chicken? Bernie Bridges thinks the superfowl cartoon character is a dumb cluck! And the same goes for his chirpy sidekick, Little Cluck-Cluck.

But why not make a buck from a cluck? Bernie tries to sell Stupid Chicken T-shirts to his pals.

One problem—half the school hates Stupid Chicken. Their hero is Drastic Duck, the Caped Quacker.

Now Bernie finds himself caught in the middle of the battle between the Clucks and the Quacks!