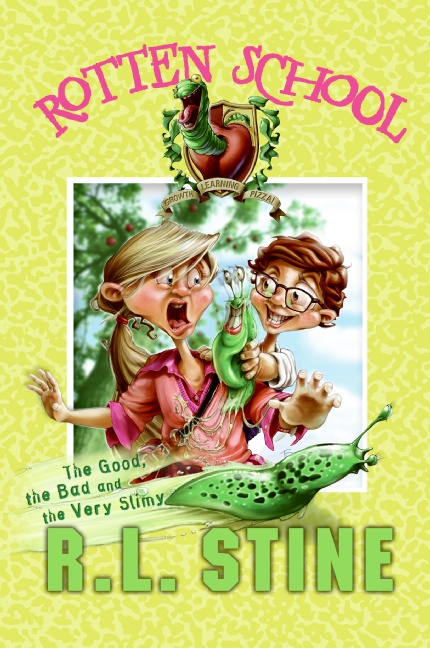 Rotten School #3: The Good, the Bad and the Very Slimy

Rotten School #3: The Good, the Bad and the Very Slimy

She's the coolest hottest girl in the school and Bernie thinks she should go to the dance with him.

April-May won't even be seen with Bernie because he's such a troublemaker.

So Bernie makes her a promise—a really scary promise. He says he'll stay out of trouble for a whole week if she promises to go to the dance with him.

Bernie is shaking, quivering, quaking. Can he turn into a goody-goody—especially when it's time for the famous (against the rules!) super slimy slug race?