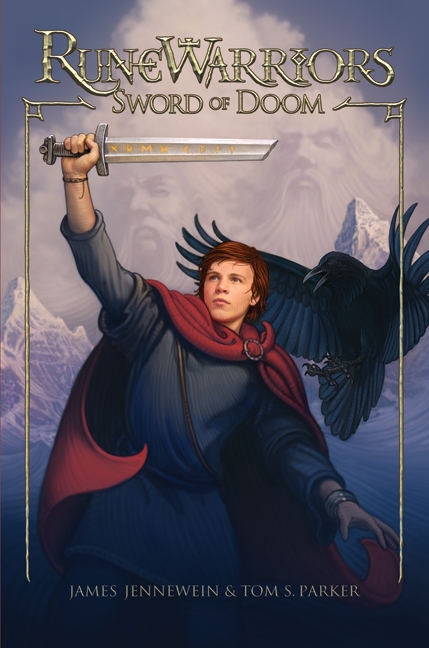 Can life get any worse for Dane the Defiant?

The same villagers who once praised him for his courage in defeating Thidrek the Terrifying now blame him for everything that has gone wrong since then: The torrential downpours. The dwindling food supplies. Even the rampant outbreaks of armpit lice. Dane's deceased father would never have let things get so bad, the village elders say.

But then Dane is summoned to the fortress of King Eldred, where he receives the final piece of his father's legacy: an ancient secret written in mysterious runes that leads to no less than the treasure of the gods. But the treasure, he learns, is cursed, and his mother is kidnapped.

And so, braving an army of angry trolls and warring frost giants (and other fantastic creatures there isn't space here to describe), Dane and his friends must decipher the cryptic clues and embark on a quest to find the enchanted treasure and save her life. Oh, and all the while battling ultimate evil. Can Dane be the hero he has always wanted to be? Or will he fall prey to the curse and betray those he loves?