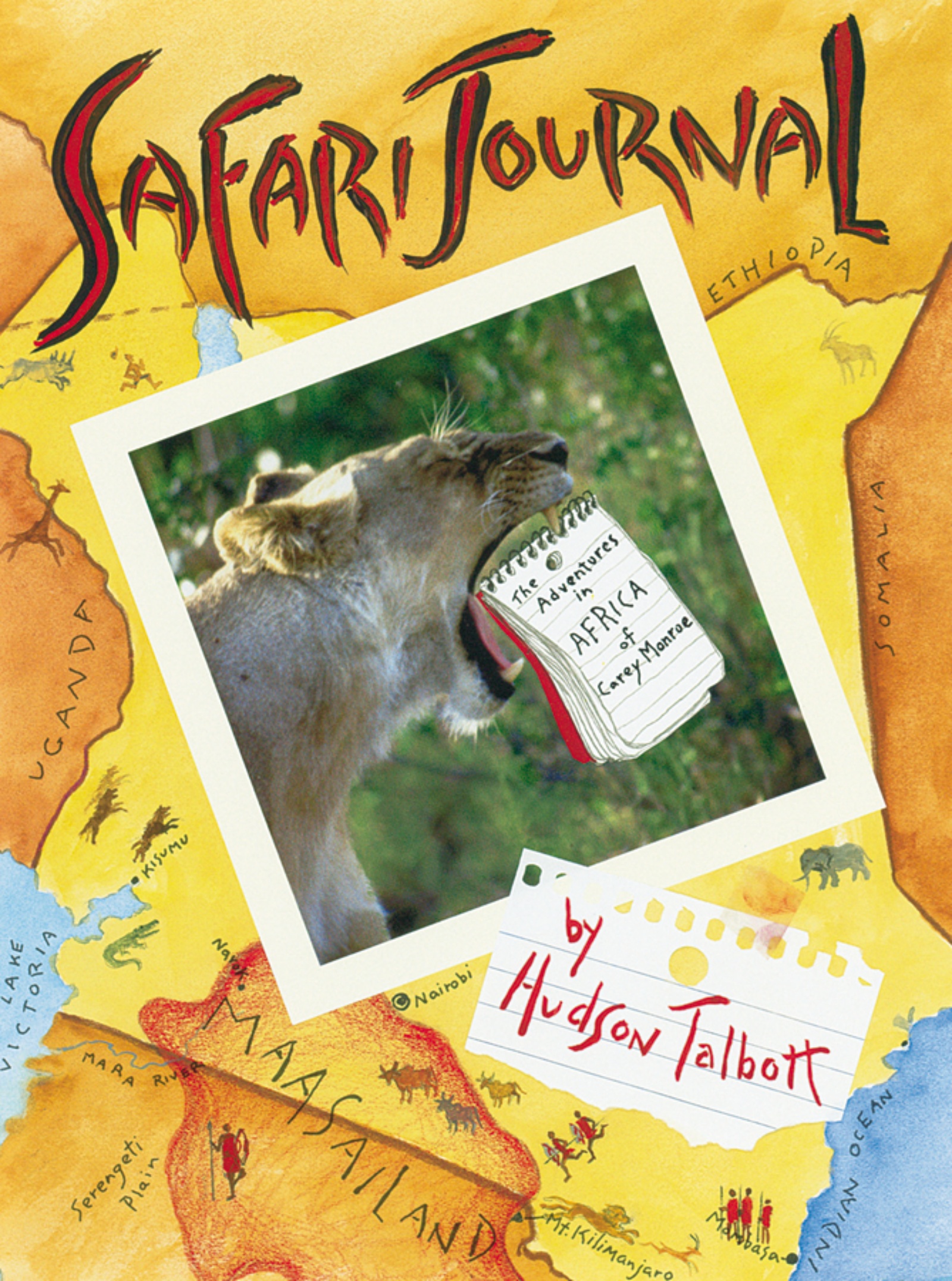 Twelve-year-old Carey Monroe has no idea what he's in for when his wacky aunt Elaine drags him along on an African safari. Soon after arriving in Kenya, Carey meets a Maasai man and his son, who open Carey's eyes to the ways of their people and the beauty of the African landscape and wildlife. Their adventures turn suspenseful when they encounter an international poaching ring that trades illegally in rhino horns and elephant tusks.
Explore the world of the Maasai people at Carey's side by reading his journal, filled with his vivid accounts, photographs, and illustrations. Hudson Talbott has created an exciting, informative safari story that will fascinate readers of all ages.
An author's note provides cultural context for Carey's adventures.