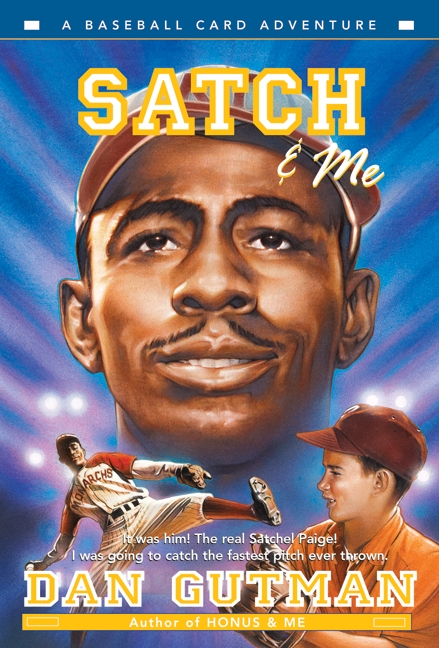 "You wanna know who threw the fastest pitch ever?"

Many baseball players claim that Satchel Paige was the fastest pitcher in the history of the game. Stosh and his coach, Flip Valentini, are on a mission to find out. With radar gun in tow, they travel back to 1942 and watch Satch pitch to power hitter Josh Gibson in the Negro League World Series. They soon learn that everything about Satch is fast—whether it’s his talking, driving, or getaways. But is he really the fastest pitcher who ever lived?

This baseball card adventure is a whirlwind of excitement, drama, and curveballs—starring one of the liveliest athletes in the game!