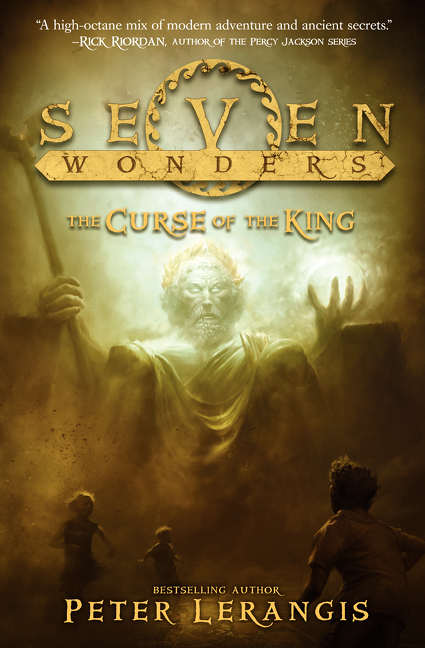 Seven Wonders Book 4: The Curse of the King

Seven Wonders Book 4: The Curse of the King

The Curse of the King is the fourth book in a five-book series by master storyteller Peter Lerangis. This sequel to The Tomb of Shadows, Lost in Babylon, and The Colossus Rises chronicles the adventures of Jack McKinley and his friends as they face their greatest challenge yet—the long-lost Statue of Zeus. In their struggle to undo what's been done and unlock the secrets of this Wonder of the Ancient World, our heroes must confront gods, relive old battles, and face down their own destiny to save themselves—and the world—from destruction.

Rick Riordan, author of the Percy Jackson series, praised Seven Wonders Book 1: The Colossus Rises as "a high-octane mix of modern adventure and ancient secrets. Young readers will love this story. I can't wait to see what's next in the Seven Wonders series!"