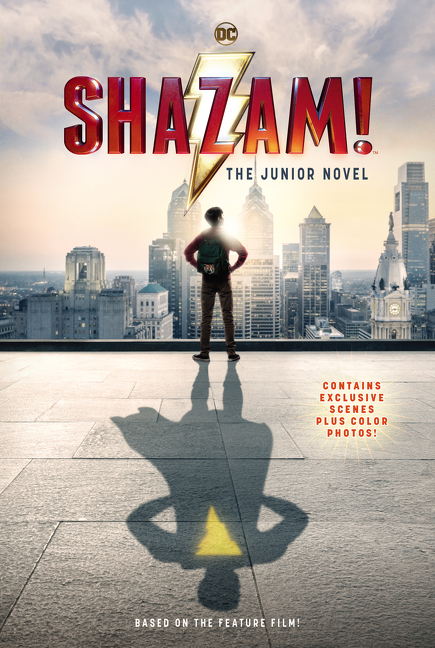 Shazam: The Junior Novel is based on the upcoming New Line Cinema major motion picture. This paperback contains exclusive scenes and an eight-page, full-color insert.

We all have a superhero inside us, it just takes a bit of magic to bring it out…

By shouting just one word—SHAZAM!—Billy Batson, the street-wise fourteen-year-old foster kid from Philadelphia, can magically transform into the adult super hero Shazam, courtesy of an ancient wizard.

Will Billy and his new foster brother, Freddy, learn to harness Billy’s newfound superpowers like flight and bullet immunity in time to fight the dangerous forces of evil controlled by Dr. Thaddeus Sivana?