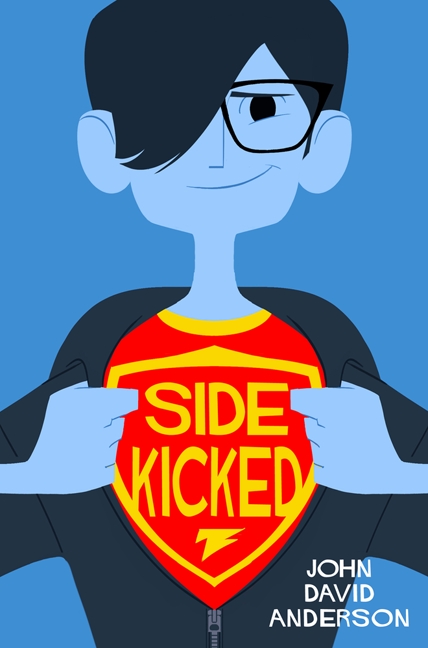 The Avengers meets Louis Sachar in this hilarious and action-packed tween novel by John David Anderson, which Publishers Weekly called a "superhero story that any comics fan will enjoy" in a starred review.

Andrew Bean might be a part of H.E.R.O., a secret organization for the training of superhero sidekicks, but that doesn't mean that life is all leaping tall buildings in single bounds. First, there's Drew's power: Possessed of super senses—his hearing, sight, taste, touch, and smell are the most powerful on the planet—he's literally the most sensitive kid in school. Then there's his superhero mentor, a former legend who now spends more time straddling barstools than fighting crime. Add in trying to keep his sidekick life a secret from everyone, including his parents, and the truth is clear: Middle school is a drag even with superpowers.

But this is all before a supervillain long thought dead returns to the city of Justicia, superheroes begin disappearing at an alarming rate, and Drew's two identities threaten to crash head-on into each other. Drew has always found it pretty easy to separate right from wrong, good from evil. It's what a superhero does. But what happens when that line starts to disappear?