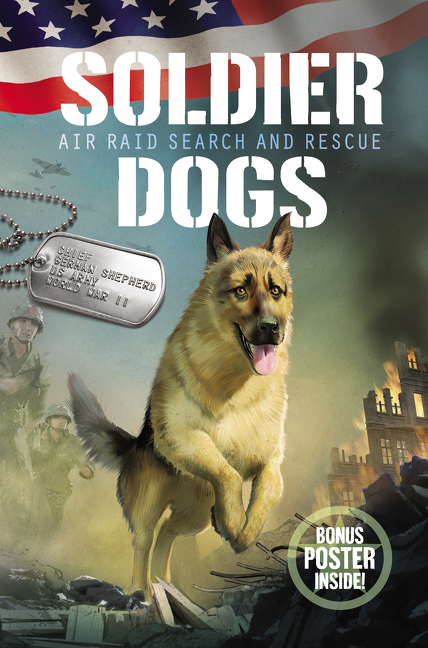 The paw-biting start to a thrilling new adventure series perfect for fans of Max and the I Survived books, inspired by the brave military dogs who helped our troops win World War II.

When Matt’s older brother enlisted in the army, he left Matt his German Shepherd, Chief, a retired fire dog and the best pet EVER. So Matt isn’t happy when Chief starts paying attention to his foster sister Rachel instead of him.

But when Nazi planes begin bombing the city, Matt finds himself in an impossible situation. Can he be a hero to his sister when it matters most? And when they get caught outside during the air raid, will Chief be there to save the day?

This paper-over-board edition includes a collectible poster and a pull-out map!