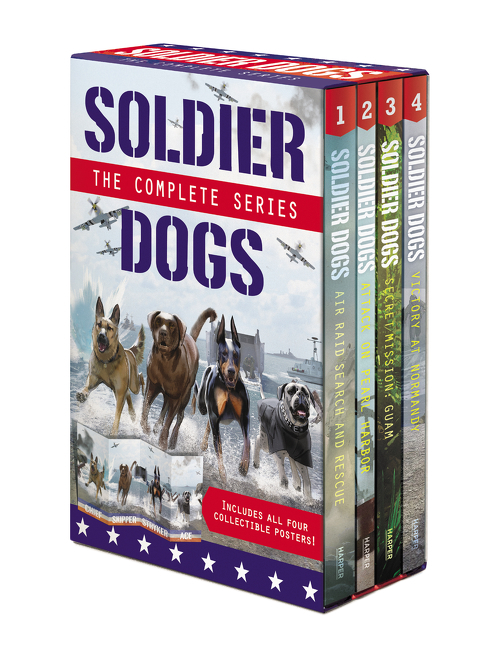 From air raids to surprise attacks, from islands in the Pacific to the beaches of Normandy, the heroes of the Soldier Dogs series are always ready to save the day!

This action-packed series features stories inspired by the real-life canines who fought alongside the US army, navy, air force and marines—including a German Shepherd searching for Nazis, a Labrador rescuing sailors during the attack on Pearl Harbor, a Doberman carrying secret messages, and a terrier parachuting into France to help Allied forces gain victory at Normandy.

Each of the four books is jam-packed with facts, timelines, and Q&As about the real history of WWII!