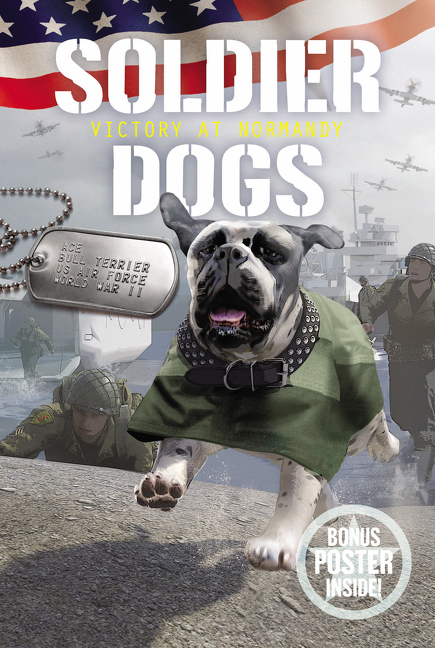 Fans of the bestselling Max and Scout dog stories will love the fourth book in the Soldier Dog series, which takes readers to the beaches of Normandy and the most famous battle of World War II: D-Day.

Henri has an urgent mission from a top French Resistance agent in the fight against the Nazis—and the agent also happens to be his mom. He has to deliver a secret map to another town before the German soldiers can catch him.

But on his way, he encounters Ace, an American paratrooper dog who’s landed far away from the beaches of Normandy, and Elle, a war orphan who needs his help. Ace needs to get back to the frontlines so he can protect his handler, and helping would put Henri way off track. But then they’re captured by enemy troops.

Ace, Elle, and Henri have to learn to trust each other—and their unlikely allies—so they can escape in time to help the Allied forces in their historic invasion.

Told from the alternating perspectives of Ace and Henri, this action-packed adventure is inspired by the stories of the real paradogs of WWII and the brave members of the French Resistance.