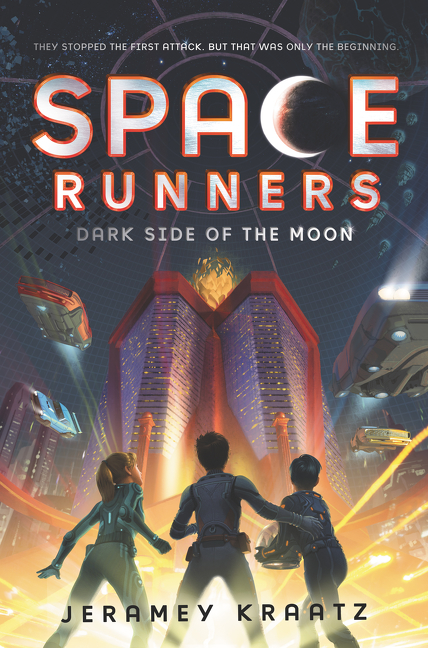 Space Runners #2: Dark Side of the Moon

Space Runners #2: Dark Side of the Moon

Dark Side of the Moon is the thrilling second installment in an action-packed series for tweens that’s perfect for fans of Eoin Colfer and Lisa McMann and that Soman Chainani called “a blockbuster mix of thrills and adrenaline.”

When he won a trip to the moon, Benny Love never thought that his vacation would involve battling aliens determined to destroy Earth. He and his friends in the Moon Platoon are able to fight off the first wave of attacks, but their genius leader Elijah West has now gone missing. And Earth is still in very real danger.

As Benny and the gang gear up for the aliens’ next attacks, they discover that Elijah’s research partner, who’s long been presumed dead, is actually alive and living on the dark side of the moon. He knows things about the aliens that can help the Moon Platoon defeat them—but can he be trusted?

They don’t have long to decide, because the aliens are on their way—and they’re coming for Benny and his friends first.