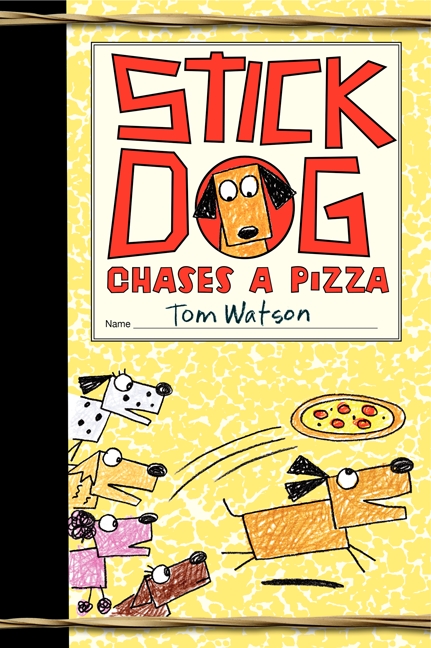 Perfect for fans of Big Nate, Diary of a Wimpy Kid, and the previous Stick Dog books, Tom Watson’s hilarious series continues, and Stick Dog and his friends are on a funny quest for pizza!

In the follow-up to Stick Dog and Stick Dog Wants a Hot Dog, Stick Dog returns with the same crazy crew. This time these canine friends have discovered a newfangled flavor—and it's even more delicious than hamburgers and hot dogs. It's pizza! They won't be satisfied until they get some slices of their own.

But it won't be that easy. There's a kitten to rescue, a plan to make, and the messiest—and most dangerous—game of catch they've ever played. Pizza is on the menu, but only if their mission succeeds.

With hilarious text and stick-figure drawings, reluctant readers will eat this one up!

Other favorites in the series include Stick Dog Dreams of Ice Cream, Stick Dog Crashes a Party, and many more!