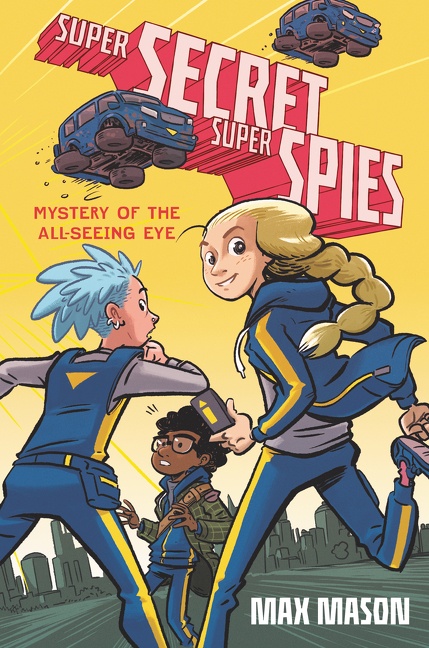 Perfect for readers of Stuart Gibbs’s Spy School series, this is the first book in an epic series filled with gadgets, secret codes, and clandestine adventures from debut author Max Mason! Are you ready to enter the world of a super secret super spy?

Maddie Robinson has always been overlooked: by her parents (who disappeared), by her friends (who are nonexistent), and even science fair judges (who think she has “so much . . . potential”). So when a mysterious man called The Recruiter invites her to join a secret society of spies, Maddie is floored.

Then she discovers that these super secret super spies are the Illuminati—the world’s most covert organization rumored to control, well, everything.

And one more thing: The Illuminati are kids, like Maddie! Together, they must protect humanity from anyone who threatens its peace, and basically keeping the planet spinning on its axis. No biggie, right?