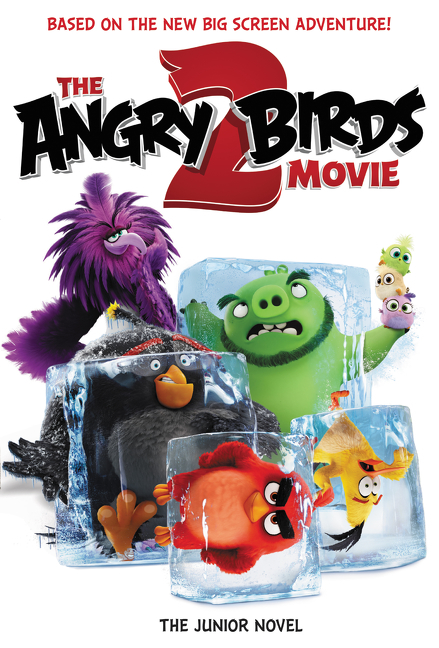 The Angry Birds Movie 2 is coming to theaters in August 2019, with a star-studded cast that includes Jason Sudeikis, Josh Gad, Peter Dinklage, and Leslie Jones.

The Angry Birds Movie 2: The Junior Novel tells the entire story from the movie and includes an 8-page full-color insert!

Welcome back to Bird Island, a peaceful, happy bird community—thanks to Red, Bomb, and Chuck, who saved all their feathered friends from an all-out war with King Leonard and the pigs!

Well, the war’s over—kind of. Now the birds and pigs are in a prank war—with lots of tricks played on both sides of the water.

But when a new villain, an eagle named Zeta, threatens to destroy life on both Bird and Piggy Island, these sworn enemies must set aside their differences and join forces to fight a feathery foe.

Now Red, Chuck, Bomb, and Mighty Eagle, along with Chuck’s sister, Silver, must team up with the pigs, including Leonard and Courtney, Leonard’s new assistant, to stop Zeta and her volcanic superweapon of doom! And did we mention that there are Hatchlings in this story, too?

The worst enemies make an even worse team!