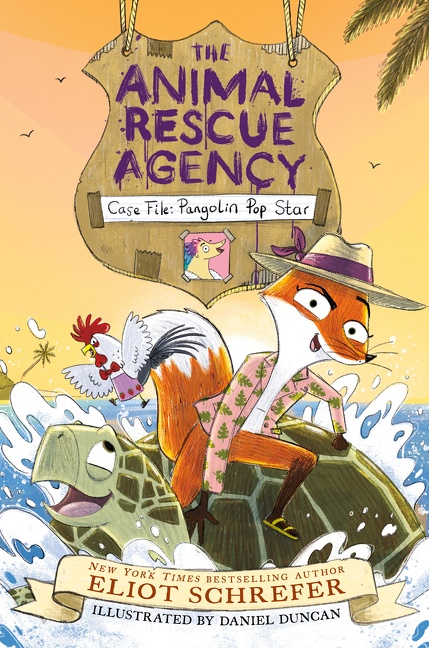 After a frigid arctic rescue, Esquire and Mr. Pepper get the perfect opportunity to warm up—an invitation to Beatle the Pangolin’s private island concert. Sun and sand await!

But when Esquire and Mr. Pepper arrive, the island is in chaos. Field agent Alphonse delivers the bad news: due to an incident during dress rehearsal, Beatle is trapped underground, and foul play is likely. The worst news: There’s no way to reach Beatle and there are multiple suspects:

Finding the culprit and saving Beatle before it’s too late—this might be the Animal Rescue Agency’s most challenging case yet!