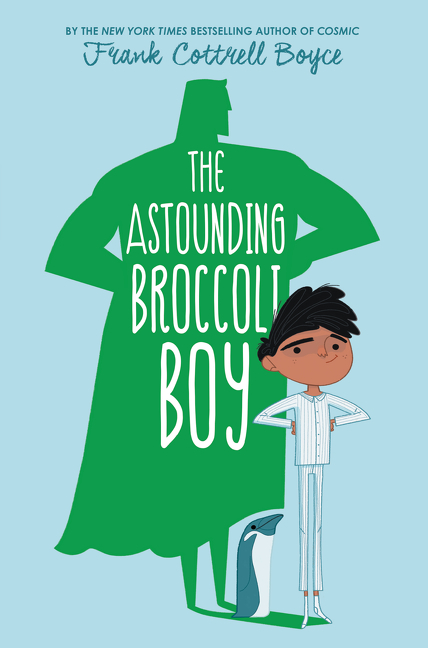 Rory Rooney likes to be prepared for anything. That sort of planning pays off when you’re the smallest kid in your class. Rory is even prepared (mostly) for Tommy-Lee, his nemesis, who starts most days by throwing Rory out of the back of the school bus. Don’t be scared, his favorite book says, be prepared. And Rory aims to be. What’s more heroic than that?

But Rory isn’t prepared when he suddenly and inexplicably turns green and finds himself stuck in an experimental hospital ward. The doctors are just as baffled as Rory is, and that’s when he begins to wonder: What if this isn’t caused by his genes, or a virus, or something he ate? What if it’s something even more extraordinary? After all, more than a few superheroes’ careers began when they turned green. Could this be a sign that he’s meant for something greater? Rory is going to find out—and that’s going to start with escaping from the hospital.