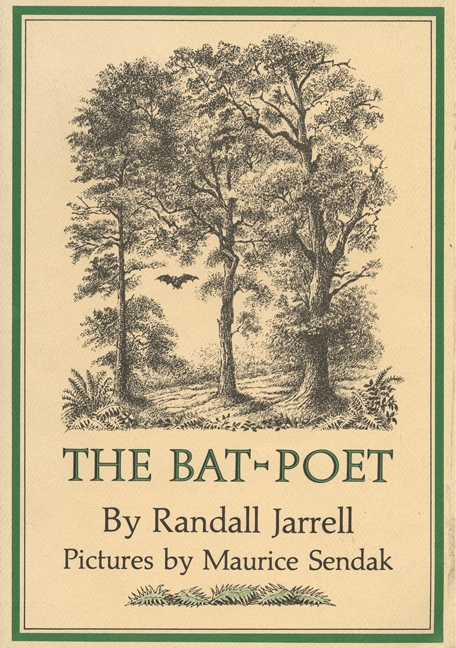 There was once a little brown bat who couldn't sleep days—he kept waking up and looking at the world. Before long he began to see things differently from the other bats who from dawn to sunset never opened their eyes. The Bat-Poet is the story of how he tried to make the other bats see the world his way.

With illustrations by Maurice Sendak, The Bat-Poet—a New York Times Best Illustrated Children's Book selection—is a collection of the bat's own poems and the bat's own world: the owl who almost eats him; the mockingbird whose irritable genius almost overpowers him; the chipmunk who loves his poems, and the bats who can't make heads or tails of them; the cardinals, blue jays, chickadees, and sparrows who fly in and out of Randall Jarrell's funny, lovable, truthful fable.