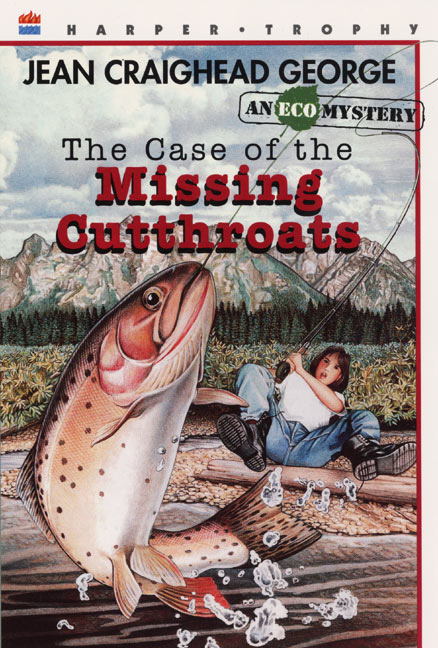 The Case of the Missing Cutthroats

The Case of the Missing Cutthroats

This mystery begins when Spinner, a New York City native who would rather pirouette than fly cast, catches the family prize––much to her boy cousins' dismay. The prize fish, a huge cutthroat trout, had been thought to be extinct in the river, and Spinner and her cousin set out to solve the mystery of how this one spectacular cuttroat survived until Spinner reeled him in.
HarperCollins is pleased to republish Jean Craighead George’s fourth ecological mystery, which was first published in 1975 as Hook a Fish, Catch a Mountain.