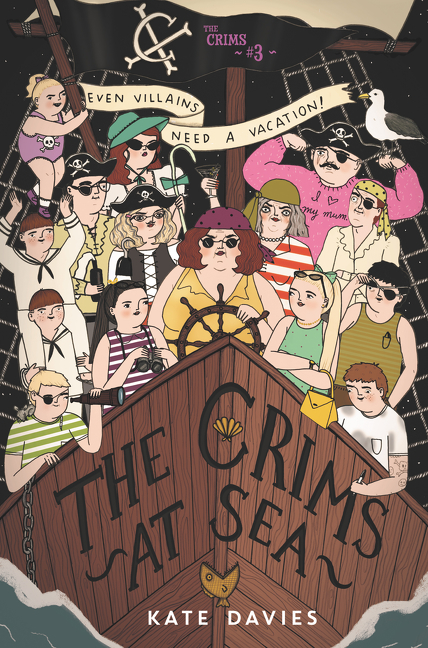 The Crims #3: The Crims at Sea

The Crims #3: The Crims at Sea

The hapless Crim family sets sail on their final adventure in the zaniest installment of the Crims series, perfect for fans of Lemony Snicket and Caroline Carlson!

Imogen Crim has been terribly bored since she returned to Blandington. So when her nemesis-turned-best friend Ava Kruk offers to swing by the Crims’ dreadful beach vacation in Dullport and rescue her in her stolen submarine, Imogen quickly agrees. A real heist with a real villain—this is the excitement Imogen has been looking for.

But before Imogen and Ava can accomplish their mission, the entire Crim family catches up to them, dressed in their pirate-y finest. And what starts as an innocent (well, for a boat full of criminals) quest for buried treasure is about to become a stand-off with an up-and-coming super villain called The Gull.

If Imogen has any hope of saving her family from his claws—and returning to her vacation—she’ll have to trust a Kruk with her life.