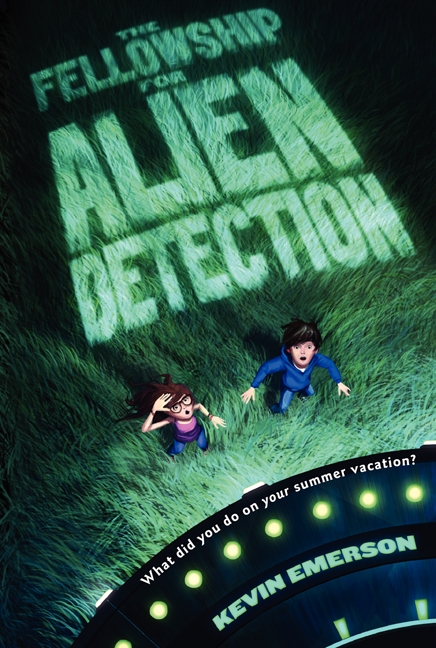 The Fellowship for Alien Detection

The Fellowship for Alien Detection

Author Kevin Emerson channels Frank Cottrell Boyce in this tween sci-fi adventure about two kids from opposite sides of the country who find themselves on a road trip to save the world from an impending alien attack.

Haley and Dodger have nothing in common. But that was before they learned about the strange, unexplainable phenomena in Juliette, Arizona. Before they both received summer research grants from a mysterious foundation and discovered their theories about extraterrestrial life were correct. Now Haley and Dodger do have something in common: they're the only ones who can figure out what's happening in towns across the country . . . and stop it.

The Fellowship for Alien Detection has it all: an inventive premise, fantastic voice, cinematic tone, and high appeal for both boys and girls.