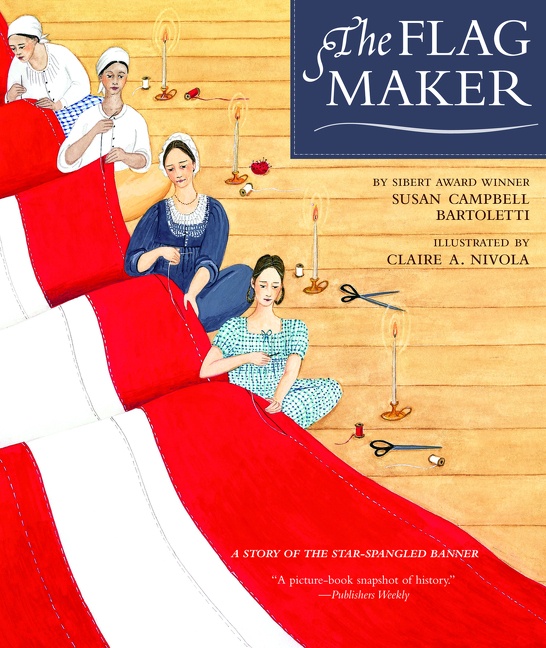 Here in lyrical prose is the story of the flag that inspired Francis Scott Key to write the words that became the national anthem of the United States. This flag, which came to be known as the Star-Spangled Banner, also inspired author Susan Campbell Bartoletti, who, upon seeing it at the Smithsonian Institution, became curious about the hands that had sewn it.

Here is her story of the early days of this flag as seen through the eyes of young Caroline Pickersgill, the daughter of an important flag maker, Mary Pickersgill, and the granddaughter of a flag maker for General George Washington’s Continental Army. It is also a story about how a symbol motivates action and emotion, brings people together, and inspires courage and hope.