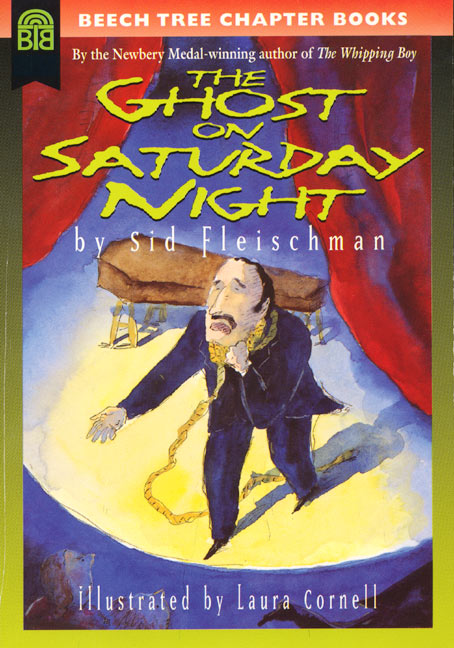 The Ghost on Saturday Night

The Ghost on Saturday Night

A madcap tale of fog and phantoms

Opie and Aunt Etta think there's something funny going on when Professor Pepper announces that he's going to raise the ghost of a dead outlaw--live on stage. Can Opie cut through all t he fog to get to the bottom of the professor's plans?

See the Ghost of Crookneck John! That's what Professor Pepper's sign promises, and Opie can hardly wait to see such a sight. But the unseen specter escapes from his coffin during the show, and if that weren't bad enough, the town bank is robbed too! Is Crookneck John a bandit from beyond the grave--or is more than the fog being pulled over the townsfolk's' eyes? A reissue of one of Sid Fleischman's early novels.