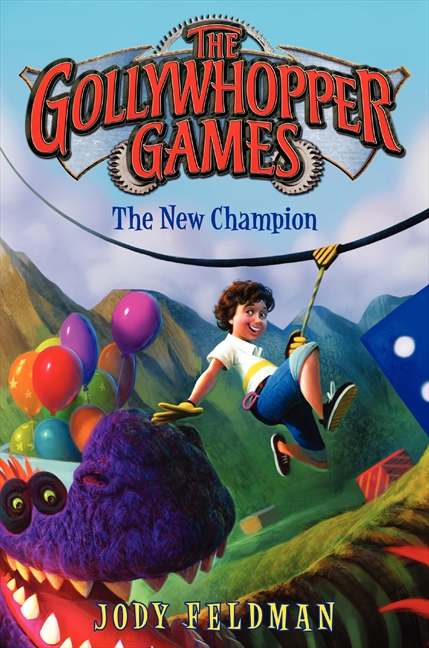 The Gollywhopper Games: The New Champion

The Gollywhopper Games: The New Champion

The Golly Toy and Game Company is hosting the regional rounds for the next Gollywhopper Games, and this time it's brother against brother in the physical challenges and mental puzzles. The companion to the popular The Gollywhopper Games will appeal to fans of Escape from Mr. Lemoncello's Library, Charlie and the Chocolate Factory, and Chasing Vermeer.

Chock-full of puzzles, riddles, and challenges for the reader to solve along with the main characters, this fast-paced companion to The Gollywhopper Games is bigger, bolder, and braver! The Golly Toy and Game Company's Gollywhopper Games was such a big success the last time, the company's executives have decided to host the competition again. Cameron and Spencer Schein have scored two highly sought-after slots in the regional round—will one of the Schein brothers make it all the way to the finals? Favorite characters from the first book make guest appearances, and a new cast of competitors, both boys and girls, get set to compete against (and with) Cameron and Spencer. There are twists and turns and complications—as well as lots of great things to eat—in this page-turner of a race to the finish line!