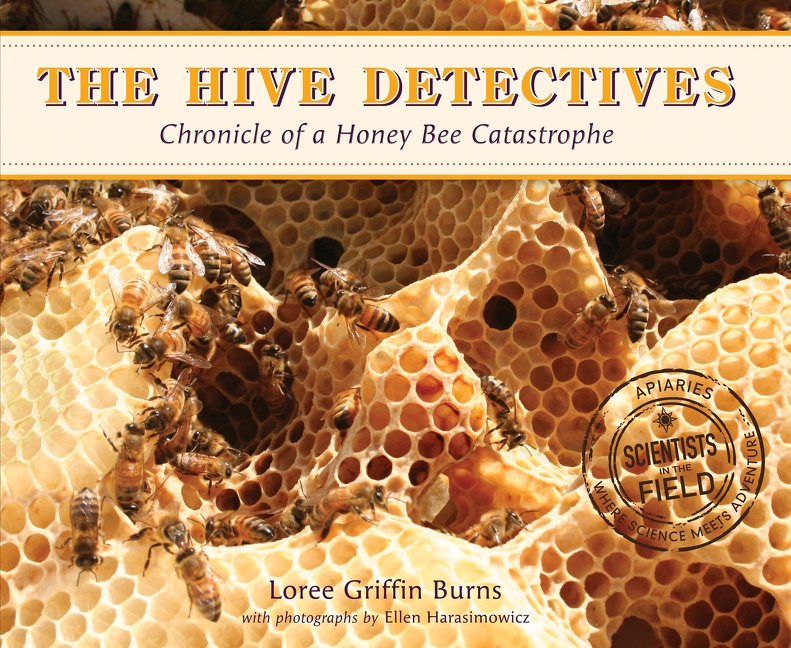 Without honey bees the world would be a very different place. There would be no sweet, delicious honey, no beeswax for creams and candles, and—worst of all—barely a fruit, nut, or vegetable to eat. So just imagine beekeeper Dave Hackenburg’s horror when, in 2006, he discovered twenty million of his buzzing charges had vanished without a trace. Those missing bees became the first reported casualties of a mysterious scourge that continues to plague honey bee populations today.

In The Hive Detectives, Loree Griffin Burns profiles bee wranglers and bee scientists across the country who have been working to understand colony collapse disorder, or CCD: the Hackenburgs, who move their three thousand beehives from coast to coast in order to pollinate crops; Mary Duane, who raises bees and bottles blue ribbon honey; and Dennis vanEngelsdorp, Jeffrey Pettis, Diana Cox-Foster, and Maryann Frazier, who study bees from every possible angle in an attempt to discover what is killing them.

In this dramatic and enlightening chronicle of a modern honey bee catastrophe, readers explore the lives of the fuzzy, buzzing insects we ought to love... and join the human quest to protect them.

“A fascinating book from the Scientists in the Field series.” —Booklist, starred review