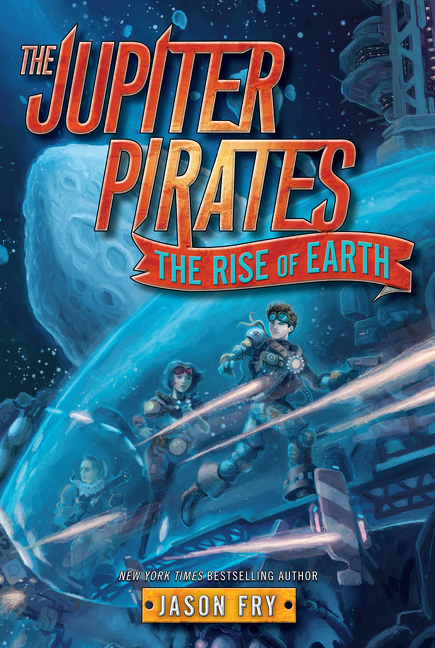 The Jupiter Pirates #3: The Rise of Earth

The Jupiter Pirates #3: The Rise of Earth

For Tycho Hashoone and his family, space privateering is more than a business—it’s a way of life. Now that the Jovian Union needs their help more than ever, their way of life is about to get a lot more complicated.

Earth is preparing to mount an arms race, and it seems they’ve started recruiting privateers of their own. Meanwhile, the Ice Wolves of Saturn are still on the offensive, and their ruthless tactics make them look like the pirates of old. Trapped between two formidable foes, the Jovian Union has asked for all hands on deck—and that includes the Hashoones and their ship, the Shadow Comet. The stage has been set for a showdown on the Cybele asteroids, a place where neutrality is for sale and friends always go to the highest bidder.

With so many players vying for power, Tycho will have to decide once and for all where his allegiances lie. Because the day when his mother will step down as ship captain is approaching fast—and the fate of much more than the Shadow Comet hangs in the balance.