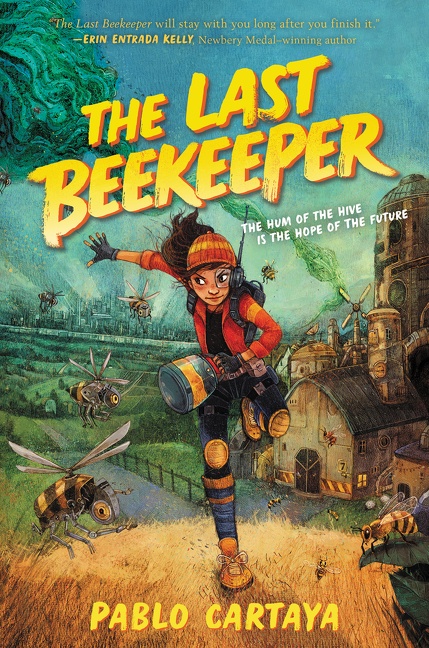 Facing a world dually altered by climate change and those who profit from it, Yolanda Cicerón will have to fight to save the last known beehive from extinction in this stirring new adventure by award-winning author Pablo Cartaya.

In a future shaken by climate disasters, Yolanda Cicerón knows that nature is something to be feared. While life in the Valley is brutal and harsh, Yoly dreams of leaving her farm to live in Silo—the most advanced town for miles around. But first, Yoly will need to prove she belongs in a place where only the smartest and most useful are welcomed.

Between her razor-sharp smarts and sheer determination, Yoly is well on her way until she discovers her family can no longer afford her schooling. When forced to take matters into her own hands, the closer she gets to securing her future, the more she uncovers the dangers lying inside Silo’s walls—ones that threaten the entire Valley.

As she cracks long-guarded secrets, Yoly, along with those closest to her, is put in grave peril and the only chance of surviving may lie in the rediscovery of a long-extinct species—the honeybee. Can the last surviving beehive be the key to pulling the Valley out from under Silo’s thumb, or will they destroy what remains of Yoly’s future?