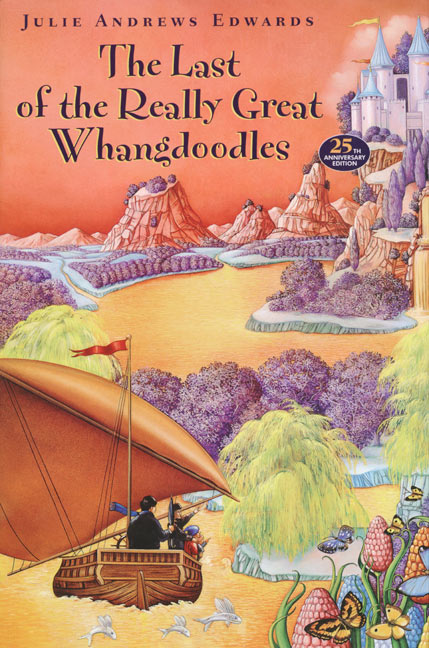 The Last of the Really Great Whangdoodles

The Last of the Really Great Whangdoodles

The Last of the Really Great Whangdoodles was the second children’s novel ever written by Julie Andrews, the beloved star of Mary Poppins and The Sound of Music. Perfect for young readers who love whimsical stories about magic!

The Whangdoodle was once the wisest, the kindest, and the most extraordinary creature in the world. Then he disappeared and created a wonderful land for himself and all the other remarkable animals—the ten-legged Sidewinders, the little furry Flukes, the friendly Whiffle Bird, and the treacherous, "oily" Prock. It was an almost perfect place where the last of the really great Whangdoodles could rule his kingdom with "peace, love and a sense of fun"—apart from and forgotten by people.

But not completely forgotten. Professor Savant believed in the Whangdoodle. And when he told the three Potter children of his search for the spectacular creature, Lindy, Tom, and Ben were eager to reach Whangdoodleland.

With the Professor's help, they discovered the secret way. But waiting for them was the scheming Prock, who would use almost any means to keep them away from his beloved king. Only by skill and determination were the four travelers able to discover the last of the really great Whangdoodles and grant him his heart's desire.

The novel was originally published in 1974. This edition includes a foreword by Julie Andrews.