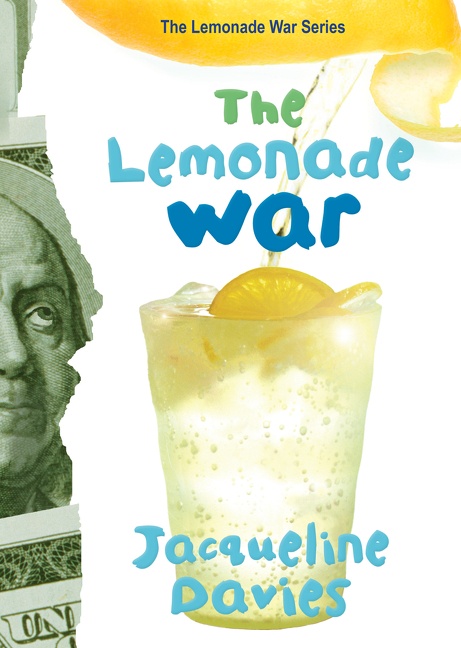 Here is a clever blend of humor, math wizardry, and business know-how. As it captures the one-of-a-kind bond between brother and sister, this poignant novel also subtly explores how arguments can escalate beyond anyone’s intent.

For a full hour, he poured lemonade. The world is a thirsty place, he thought as he nearly emptied his fourth pitcher of the day. And I am the Lemonade King.

Evan Treski is people-smart. He’s good at talking with people, even grownups. His younger sister Jessie, on the other hand, is math-smart—but not especially good at understanding people. She knows that feelings are her weakest subject.

With just five days left of summer vacation, Evan and Jessie launch an all-out war to see who can sell the most lemonade before school starts. As the battleground heats up, there really is no telling who will win—and even more important, if their fight will ever end.

The five books in this fun-to-read series are: