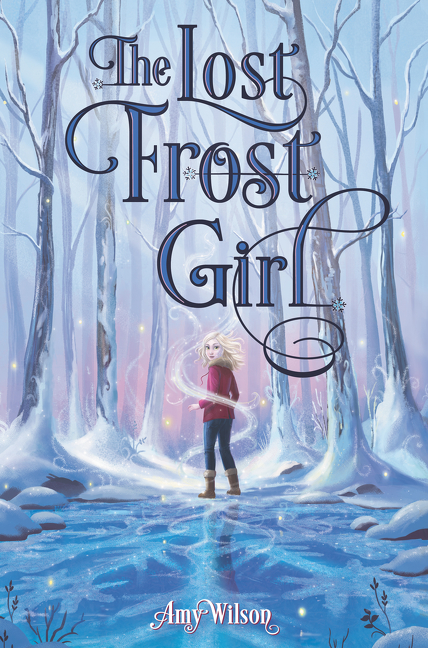 A modern-day fairy tale full of frosty magic, Amy Wilson’s stunning debut about a girl who discovers that she is Jack Frost’s daughter will enchant fans of the Emily Windsnap series and Frozen.

“As magical as frost itself, The Lost Frost Girl is a truly special tale, told with gorgeous prose and filled with compelling characters. I absolutely loved it!”  —Sarah Beth Durst, author of Journey Across the Hidden Islands

With a name like hers, Owl never expected her life to be normal, at home or at school. But when Owl finds out that she is Jack Frost’s daughter, her world shifts beyond what she could ever imagine.

Determined to meet him, Owl delves into Jack’s wonderful world of winter and magic—the kind of place she thought only existed in fairy tales. And as she notices frost patterns appearing on her skin and her tears turning to ice, Owl starts to wonder if being Jack Frost’s daughter means that she has powers of her very own.

At once breathtaking and brimming with heart, The Lost Frost Girl is a story of family, friendship, and the magic of embracing who you are meant to be.