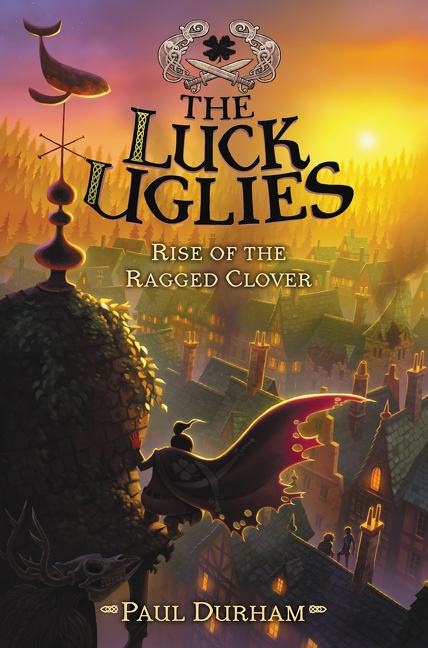 The Luck Uglies #3: Rise of the Ragged Clover

The Luck Uglies #3: Rise of the Ragged Clover

In this exhilarating conclusion to the critically acclaimed Luck Uglies series, the final battle between the Luck Uglies and the treacherous Fork-Tongue Charmers comes to Rye O’Chanter’s doorstep.

Filled with adventure, humor, and a hint of magic, this middle grade fantasy series is an irresistible cross between Chris Colfer’s Land of Stories series and Kelly Barnhill's The Girl Who Drank the Moon.

When Rye finally travels back home to Village Drowning to help her father with his plan to defeat the Luck Uglies’ bitter rivals, she finds it in shambles. The monstrous Bog Noblins now raid the streets at night. And people are afraid to leave their houses because no one is around to protect them.

Rye soon realizes she can’t wait for the adults to sort everything out, so she enlists her friends to come up with a plan. A plan that could change everything for Drowning . . . because the only way to save her village may just be to destroy it.

The Luck Uglies was named an ALA Notable Children’s Book as well as a New York Public Library Title for Reading and Sharing, and it won the Cybil Award for Middle Grade Speculative Fiction and a Sunshine State Young Readers Award.