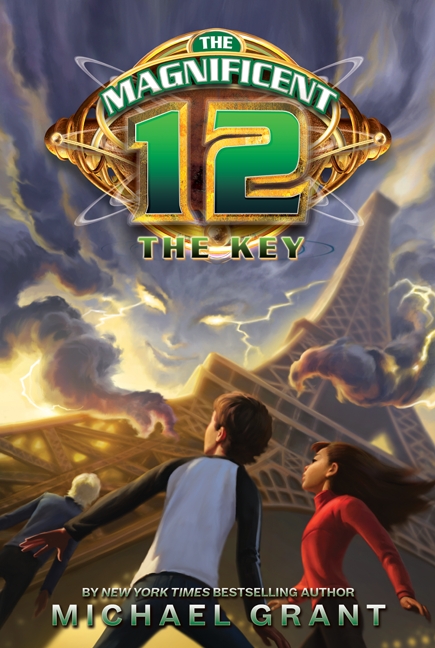 The Magnificent 12: The Key

The Magnificent 12: The Key

Fans of the 39 Clues books will love The Key, the third entry in Michael Grant’s middle-grade Magnificent 12 series. Full of adventure and wackiness, the Magnificent 12 books are also perfect for readers of funny, action-filled series like Dan Gutman’s Genius Files.

With 21 phobias, Mack MacAvoy is more of a wimpy kid than a hero, but he is on a quest to defeat the wicked—and crazy, and mean, and dangerous—Pale Queen before her three-thousand-year banishment ends.

In The Key, Mack must find more of the Magnificent 12, the twelve twelve-year-olds fated to stop the queen from destroying the world, and assemble a key—a cheat sheet, really—to a magical language. Along the way, he’ll transform the Loch Ness monster into a gigantic duck, and transport the Eiffel Tower across the River Seine.

The Key is another fast-paced episode in Michael Grant’s bestselling and hysterical fantasy adventure series.