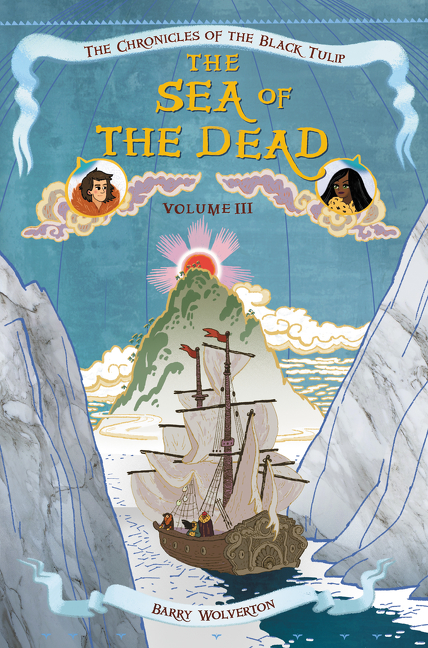 The Sea of the Dead

The Sea of the Dead

An engrossing fantasy, a high-seas adventure, an alternate history epic—this is the richly imagined and gorgeously realized third book in acclaimed author Barry Wolverton’s Chronicles of the Black Tulip, perfect for fans of The Glass Sentence and the Books of Beginning series.

After the harrowing and life-changing events at the Dragon’s Gate, Bren wants nothing more than to make his way back to England. Finding the answers to the great mysteries he’d been chasing only found him questioning why he’d ever pursued them in the first place, and now he’s lost his best friend, forever. There’s nothing left for him but to return home and hope his father hasn’t given up on him.

But just because Bren is done with adventure does not mean adventure is done with him. On his way to escape from China, Bren is gifted a rare artifact, with a connection to a place no one has set foot upon. Soon he’s fallen in with a mysterious Indian noblewoman bent on discovering an ancient power and leading her country against colonial rule.

The only way home, it seems, is through helping her—and as Bren wonders what she’s willing to sacrifice in order to return home a hero, he must ask himself the same questions.