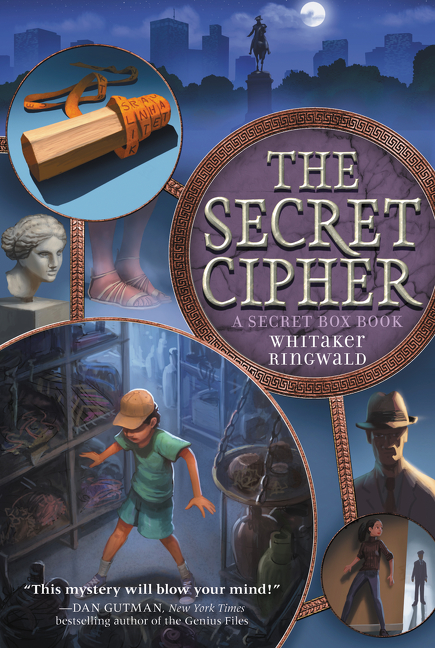 The Secret Cipher is the sequel to The Secret Box, a rollicking adventure full of family rivalry, magic, questing, and laugh-out-loud humor that's perfect for fans of Dan Gutman, Wendy Mass, and Trenton Lee Stewart.

Jax Malone and her cousin Ethan Hoche were not expecting one of Jax's birthday presents to contain a dangerous magical object from a mythical past: an urn with the dark power to suck hope out of the world.

Though the first urn is safely hidden, there are two more urns that could rid humanity of both faith and love. And powerful enemies who want to find them and use them to control the world. Now, even though they were never meant to open the present and discover its secret, Jax and Ethan must race to find and destroy the two remaining urns before it's too late.