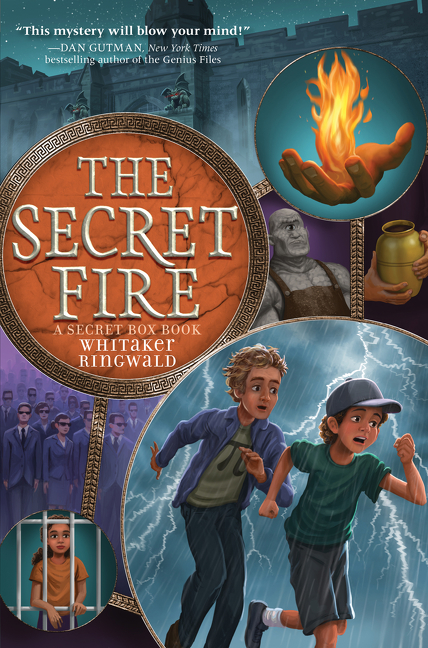 The third and final book in the critically acclaimed Secret Box trilogy, a series pitch-perfect for fans of humorous mystery capers like Escape from Mr. Lemoncello’s Library and the Mysterious Benedict Society.

Who knew that insisting on opening a strange birthday present would lead to being kidnapped by an evil Greek god determined to conquer the world? Jax Malone certainly didn’t. But now she’s trapped in the back of a limo bound for Epimetheus’s secret lair. He wants to control the three ancient urns that used to belong to Pandora’s daughter. Magical urns that can suck hope, faith, and love out of the world.

Now Jax, Ethan, and Tyler’s only chance to fight Epimetheus’s formidable power might be to find a secret weapon—and to realize that their family ties are stronger than any magic.