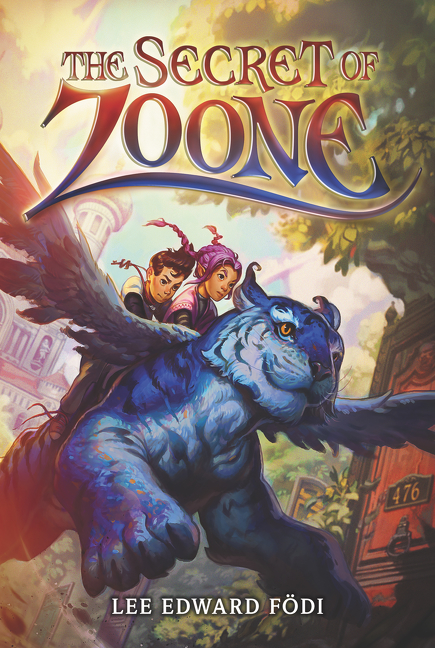 The Secret of Zoone

The Secret of Zoone

Welcome to Zoone: crossroads of the multiverse. In this inventive fantasy, fans of Diana Wynne Jones and Lisa McMann will step through an enchanted doorway and into a world filled with infinite portals to new—and sometimes perilous—lands.

When a bright blue winged tiger appears on his aunt’s sofa, Ozzie can tell he’s in for an adventure. He’s thrilled to follow Tug—a skyger—through a secret door in the basement and into Zoone, the bustling Grand Central Station of the universe, where a thousand doors act as portals to strange and wonderful worlds.

But some doors also hide dangers—and when the portal back to Earth explodes behind him, Ozzie gets more adventure than he bargained for. In a station full of wizards, creepy-crawlies, and the occasional cursed princess, Ozzie has to find a way to repair his door… and possibly save the multiverse in the process.

Brimming with colorful characters, magical mayhem, and endless adventure, this new tween series has a doorway for every reader—just be sure to close the door behind you!