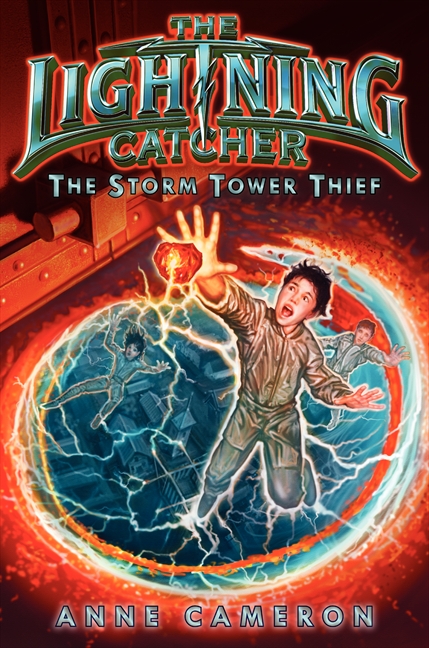 The funny, fast-paced second book in The Lightning Catcher series! Science, weather, and the fantastical combine for a school adventure story, part Storm Chasers and part Percy Jackson, about twelve-year-old Angus and his dangerous gift of predicting catastrophic weather.

Angus has a lot on his plate. He's attending the Perilous Exploratorium for Violent Weather and Vicious Storms, learning how to battle all sorts of extreme weather. He's a Storm Prophet—one of the rare people with the ability to predict catastrophic weather. His parents—world renowned Lightning Catchers themselves—have been kidnapped. And now Perilous has been slammed by a ferocious winter storm, artifacts from the Great Fire of 1666 have been stolen, and the evil Scabious Dankheart has released deadly spores called Ice Diamonds to plague the population. Angus and his friends must find the legendary Lightning Heart—a bloodred, heart-shaped stone of great power—in order to put everything right. Action-packed, lighthearted, and perfect for reluctant readers!